When in Puerto Rico… 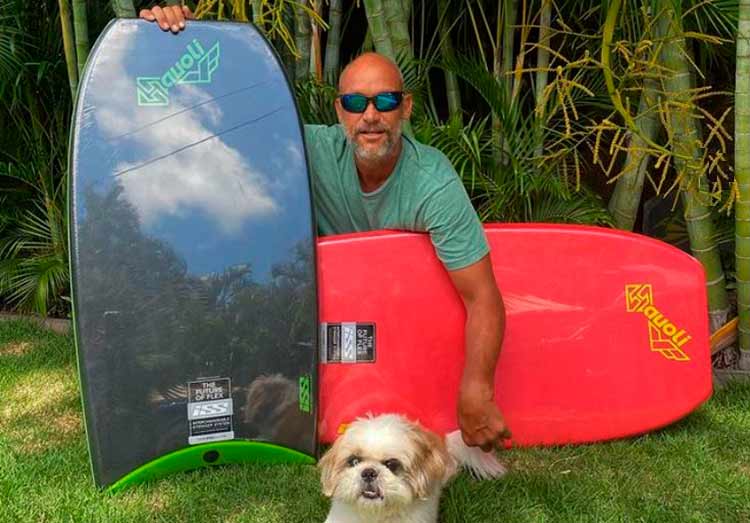 Board costs $399,99 and you may order it on the Hubboards store online. For an extra 100 bucks there’s also a package option available with t-shirt, photo, autograph, board numbered and pick it up in-person. “I’m super stoked and extremely proud to announce the introduction of the first ever official Hauoli Reeves pro model”, said the Air King.

Hauoli Reeves is a legendary Hawaiian bodyboard icon from the eighties and nineties known for the mad, huge and 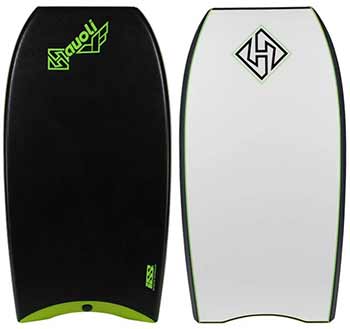 impossible airs on the North Shore. He was also one of Jeff Hubbard’s heroes at the time.

Once, between sessions, the two ended up chatting after a lost board, “Hauoli wrote down my dorm room phone number in wax on his board and said he would call me the next week and get me sponsored. The wax did not seem like a reliable form of note-taking. However, he did make the call – but there was just no room for me at that time”, wrote Jeff.

Somehow the episode helps to explain why Jeff wanted to bring the Hauoli bodyboard model to life with Hubboards. “To be able to work together with Hauoli after so many years is really special”, add the Hawaiian.

On the other end, Hauoli Reeves revealed in his Instagram account he was convinced his boogie boarding story was over when he lost the sponsorship from Morey Boogie. It was so devastating that he felt he had lost everything he worked so hard to achieve. “I went into deep depression, alcohol and drug abuse, anything to numb the pain. After nearly 15 years of sobriety by the grace of an almighty loving and forgiving God I have found out I can still have fun on my Boogie”, he shared.

The year was 1994, and I was bodyboarding Rocky Point for the first time. It was pretty solid with lefts only and a few of the pros were out and I was having so much fun. I was so stoked to boogie and watch them all.

I was inspired and I was flying around like I do. At some point I lost my board and I ended up on the beach. Imagine my surprise, I was greeted by one of my heros, Hauoli Reeves!

It was a little surreal for me to see this character I had watched over and over again in all videos and magazines doing so many huge, impossible airs. Hauoli is a big guy and in person he beamed with his confident enthusiasm full of boogie stoke.

He started chatting me up, saying he was watching me ride and complimenting me and he asked if I was sponsored to which I said no. Then he got all excited saying I should be sponsored and that he was going to get me on the team with him at Morey Boogie.

I will never forget this as he wrote down my dorm room phone number in wax on his board and said he would call me the next week and get me sponsored. Basically any aspiring bodyboardes dream! I was blown away!

I did not actually expect him to remember me or my number or call someone on my behalf. The wax did not seem like a reliable form of note taking.

However he DID make the call but there was just no room for me at that time. Nonetheless the fire was sparked, as I now had the confidence and validation from Hauoli Reeves the Air king himself.

So with this I mustered up the courage to call Harry Antipala who gave me my first sponsor- G&S Bodyboards. Just happy to have someone believing in me and giving me the chance was all it took.

I always wonder where I would be now without that conversation and confidence gained from my chance meeting with Hauoli on that day at Rockies. I always felt a strong sense of appreciation for that confidence and belief in myself that Hauoli gave to me.

Hopefully this tale helps to explain why I wanted to bring the Hauoli board model to life with Hubboards. To be able to work together with Hauoli after so many years is so special!

* Boards are being delivered early December. 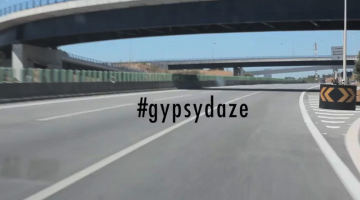 Vert Magazine, 30/11/2016
We use cookies to ensure that we give you the best experience on our website. If you continue to use this site we will assume that you are happy with it.Ok